KO BIDET. The cheapest is also the best. VERTICAL water jet, so: 1.It is 100% effective, 2.Thanks to its VERTICAL WATER JET it doesn't push filthy water to uro-genitalia, as the majority of other bidets do.

3.It never wets cloths, or does not  splash water around.4.It makes the dangerous, for microbe harboring, hot water heated topically, useless. 5.Money, space and time saving. 6. It is the only one that can be used with toilet risers and wheel chairs. 7. Easily installed. It is just sticking on the bowl. No tools.. 8.Only 3 the steps to use 9.It never leaks. Recuperation in 2 months.       We look for distributors.

STOP DISPERSING around DANGEROUS MICROBES.  PREVENT UTI s, IN HOSPITALAL INFECTIONS AND OTHERS.

When we use t. paper, or even wet paper, the cleaning is not good. The remaining feces film is quickly DRIED UP, and through fricton is turned to dust and the microbes on it are transferred to near uro-genitals, causing the UTIs  and of course later sits on any surface our homes, food etc.

The same it applies to hospitals, where ill and debilitated people are unable even to perform the basic act of wiping.It is like, if someone “leaves” every day his feces on the Hospital’s central corridor, while everybody steps on it, spreading the filth around and on the Hospital’s air. The Hospital authorities instead of taking the obvious right measure, they issue strict orders to the staff how to clean their hands etc, useful measures of course, but not enough by themselves, as the air “rains” bacteria. It is of not any surprise that the often lethal IN HOSPITAL INFECTIONS are  not rare. It is at least strange that this parameter had not been examined in a scientific way up to now. Fortunatly some big hospitals had already understood the probem and had installed bidets, though not the right ones.

It is so strange(???) that this bacteria SOURCE had not been spotted up to now, so no appropriate measures had been taken out. An urgent simple research should be carried out, in order to compare the microbe number left in both cases, eg after wiping and washing.  I haven’t any doubt what the conclusion would be. In any case that would clear the issue for every body. After that the measures to be taken would be the second step as now there are cheap, practical, 100% effective, ECOLOGIC and sanitary safe solutions for the home and the Hospital.    The solution IS ABOLISHMENT or restriction of toilet paper. This is feasible thanks to the new, generation of bidets like KO BIDET, with VERTICAL water jet, with no water dissipation and 100% effectivity.﻿

Revolutionary new patent. A bidet usefull for everybody who wants to be and feel clean and especially for the elderly, disabled, blind, autistics, or suffering from colitis, hemorrhoids.

HOW BLINDS KNOW WHEN TO STOP WIPING IN TOILET?

NOW THEY DON’T NEED TO.

Now with the KO BIDET they and all of us don’t need to know. Thanks to its single, strong (but adjustable), VERTICAL, water jet, its effectiveness reaches to 100% , so everybody and the blinds are sure about

Comparing bidet types. Know what nobody tells you about it.

Α. WHEN USING THE KO BIDET.

1.  Health safety. The only understandable argument made by those insisting οn toilet paper use is: As regards public toilets, or toilets being used by other family members as well, when they use dry or wet t. paper, they are sure (wrongly) about sanitation, while with bidets, they have serious and understandable fears. KO BIDET has an answer to alleviate their fears and that is: we are able to wash and disinfect easily the nozzle spout at will (see site video).

2.  Using  t. paper leaves a feces film, that soon is dried up, vaporized and spread around to urinary organs, especially in women, due to anatomical reasons. That explains why urinary tract infections are so often in women. KO BIDET with its single, strong, but adjustable, VERTICAL water jet,  which does not push filthy water forwards, it may reduce to zero the  in the anus area of women and men the filthy stuff,  so prevend dispersion of microbes to all house  and so eliminate URINARY TRUCT INFECTIONS and IN-HOSPITAL INFECTIONS.

3. Thanks to its absolute VERTICAL, single, strong but adjustable jet, is 100% and incomparably effective, even in hemorrhoid or hair presence.

6. It is the only one that could be combined with toilet risers or wheelchairs with a pot.

11. Children curiosity can’t do any harm.

2. You  may need to use hands to clean yourself

3. Uro-genitals could be infected by filthy water.

4. You need extra space and walk around with clothes down from toilet to basin.

5. Spent a lot of water and need more t. paper to dry up.

6. It is non sanitary, specially if it is going to be used by other persons also.

2. You could get a back dislocation, while trying to find your best position.

4. You, if a woman, may get filthy water to your genitalia.

5. Your anus cleaning could be inefficient, as jet targeting may be bad.

6. You may have your clothes wet, or the area around splashed with water.

7. Your hand often is contaminated by watered shit.

8. Not other family member could use it, as it touches user’s body.

E.  WHEN USING AN ADD-ON BIDET PRODUCING MORE OR LESS OBLIQUE JET.    1.  You have to dismantle your toilet in order to install it.

2. The water jet is more or less oblique, so, cleaning is ineffective, particularly if there are hemorrhoids or the anus region is hairy.

3. Filthy water could be pushed to women genitalia.

4. Clothe wetting or water splashing around could happen.

5. No cleaning of toilet under it is possible.

6. It can’t be used in toilet risers, or wheelchairs with pot.

AT LAST TOILETS NOT NEEDING T. PAPER! THE END OF THE  DISGUSTING, OBSOLETE, NON SANITARY WIPING.

KO BIDET(new invention) is the ideal bidet because:

ALL  BIDETS  ARE NOT THE  SAME

* Why  KO BIDET  is unmatchedly efficient?
_Because it produces a vertical water jet with adjustable pressure. So no surprise shock for user.

*Why is it so cheap?
_ Because of its revolutionary design, that allows the simple construction by  cheap materials.

*Why so long warrantee is given?
_  Because simplicity of construction, in combination with use of  resistant materials, makes it not vulnerable.

*Why is it the only one that can be used in people which are using toilet risers, orwheelchairs with a pot?
_    Because of its exact vertical jet,, the position in basin and  the small size.

*Why it is placed on or removed from in minutes,   without affecting   the bowl or lid, almost like a usual toilet disinfectant?
_   Because of its revelutionary construction conception, which enabled it to get the international patent.

*Why we claim that the same apparatus can be used by  men and women to clean the anus and genitalia?

_ Because it has a simple mechanism in jet nozzle to change the direction of jet towards back or front.

* Why we claim that that even the cold water is not really felt?

_ Becouse of the vertical, steady in restricted body area acting thin water jet. Think of when you put your finger on cold water to try it, as compared with your whole hand.

* Why we say that KO BIDET never wets your clothes?

_ Because of the same as above reason.

* Why we say that curious small children can not cause a propably damaging havoc in your bath or home?

_ Because the jet valve is not just a button to be easily pressed on, but a valve needing considerable strength to be turned on,

*The jet hose never touches user's body because it is placed quite low in the bowl.

* sterilisation can be done easily at any time, as we wish, even in public toilets.

* using it is easy even with closed eyes.

*Using a small peace of paper or a towell is enough for drying up. (the very restricted and exactly targeted by water anus area, makes it possible to even avoid altogether any drying up). .

^ As it can easily be moved, no problem with cleaning the bowl under it.

* It Never LEAKS (when properly used of course).

IT IS USEFUL IN: 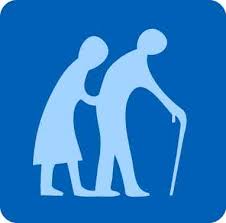 or unabled people can be greatly benefitted y the CO BIDET.The simplicity of use ,compared with others, is ideal for them, or their caring person. Shocking and dangerous surprises are not propable. 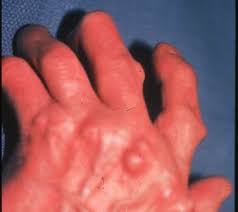